I thought about posting some of Warhol’s prints, since his popularization of Pop Art changed the way people have thought about art ever since… 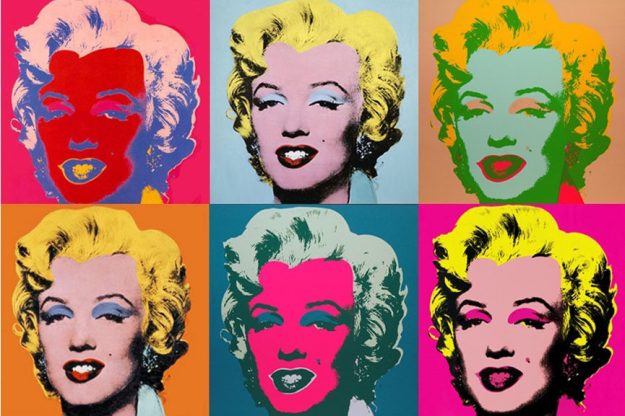 …and I considered posting a couple of songs from the Warhol-produced “Velvet Underground & Nico” album, one of the greatest and most influential recordings in modern history… 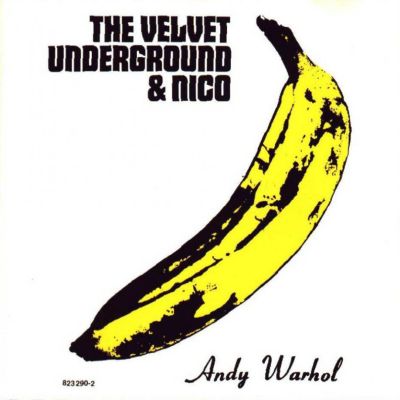 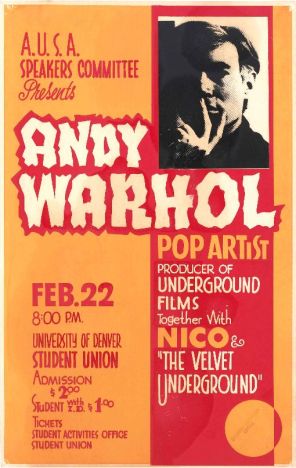 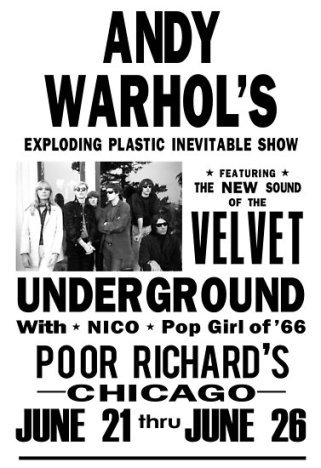 Note the $2 admission charge ($1 with student ID) for this performance at the University of Denver Student Union.

…and how could I overlook Warhol’s long reign as celebrity-in-chief during the sex-and-drugs-drenched Golden Age of Studio 54? 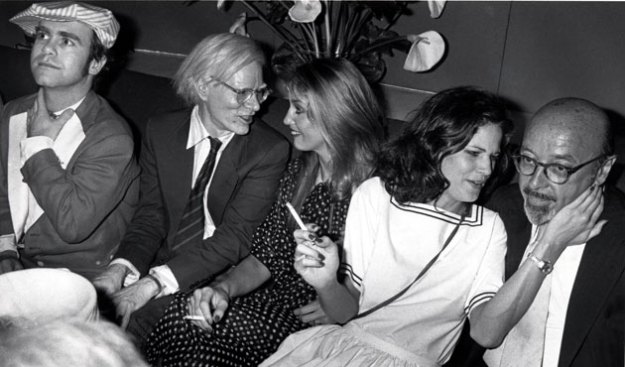 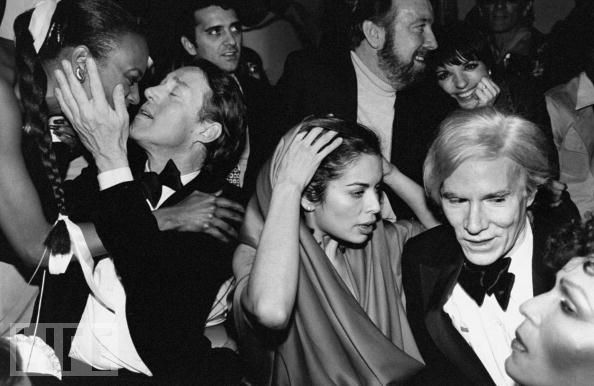 But in the end, I decided that this song from the 80s was a fine tribute to one of the 20th century’s great innovators.

Between 1949 and 1987, Andy Warhol designed the sleeves for 60 LP records. And now you can own the whole set. All you have to do is place the high bid in an auction.

The Complete Warhol LPs, the full set of Andy Warhol record sleeves, will be offered at auction by PIASA in Paris on 22 June 2017. According to the auction notes:

“This unique ensemble, assembled by a passionate music-lover, transports us through 40 years of musical creativity. It has never been offered at auction before.”

The 60 vinyl discs are included in the collection, but the notes say nothing about the vintage or condition of the records.

Warhol’s instantly recognizable jacket for the first Velvet Underground album, featuring a peelable banana, is the most famous item in the collection, and one of the best known record sleeves of all time. Warhol is credited as the “producer” of the album, which was hugely influential, and still shows up on most “Greatest Rock Album Ever” lists, 50 years after its release. The copy offered at auction was signed by Warhol. 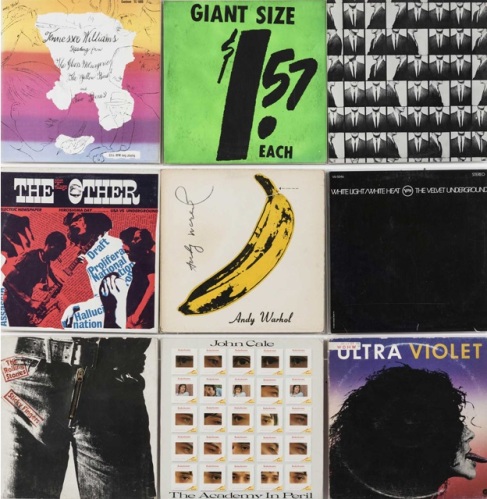 Also included is the notorious jacket for the Rolling Stones’ Sticky Fingers, which featured a very explicit crotch shot of Joe Dallesandro—“…generally considered to be the most famous male sex symbol of American underground films of the 20th century,” according to Wikipedia—in skin-tight jeans. The Smiths later used a photograph of Dallesandro from the Warhol film Flesh as the cover of their 1984 self-titled début album The Smiths. 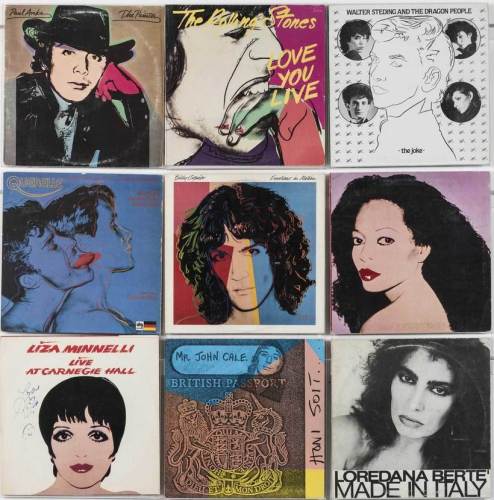 A related video. (As if I needed an excuse to post it….)

*On second thought, Warhol would probably be irritated that someone else figured out a way to monetize the album jackets before he did.

This is “Halloween”, which originally appeared on the Dream Syndicate’s debut album, The Days of Wine and Roses,  The album was released on 28 October 1982, about a week after Halloween III:  Season of the Witch hit the theatres.  There’s absolutely no connection between the two events.

The performance in the video took place In Madrid, 30 years later.

Dream Syndicate was never a big commercial success, but they were celebrated enough to open tours for R.E.M. and U2.  You can hear a big Velvet Underground influence in the band’s music—I remember wearing my old Velvet Underground Banana t-shirt when I saw them at the original 9:30 Club in DC….

Sorry—got lost in a pleasant memory for a moment.