Mario Buatta, affectionately known as “The Prince of Chintz”, died in October 2018 at the age of 82. On 23 January 2020, Sotheby’s will host an auction of his personal possessions, under the title Mario Buatta: Prince of Interiors.

Here’s a pdf of the full 236-page catalogue for the auction, suitable for downloading.

If I could pick just one item from that catalogue, it would be this:

The catalogue describes it as a “Louis XV Five-Fold Blue and White Chinoiserie Wallpaper Screen, the Wallpaper 18th Century” The estimate is between $4,000 and $6,000, but auction house estimates for this sort of thing are always absurdly low, so as not to frighten away potential buyers. I’ll post the real price after the auction.

Mario Buatta’s interiors were designed to be reminiscent of the rooms in an English country house. Here are some samples, found on the Web: 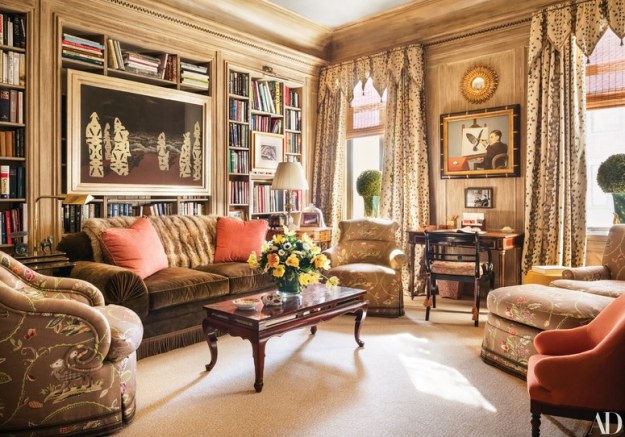 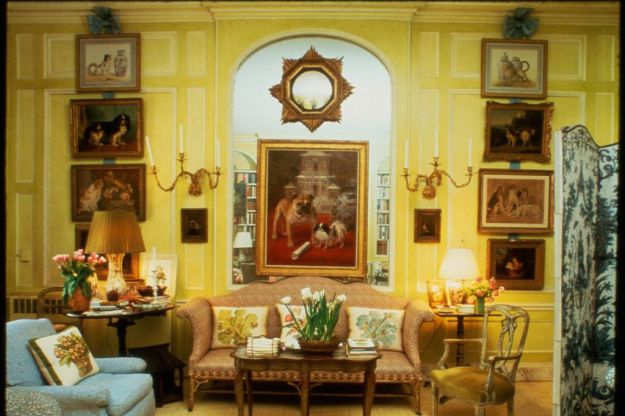 I’ve always thought of Buatta as the Ralph Lauren of interior design.

Ralph Lauren (né Lifshitz) was born in The Bronx in the 1930s, to first-generation Jewish immigrants from Belarus. Lauren has built his empire by styling clothes that reflect a classic old-money WASP sensibility, very different from the world of his youth.

Mario Buatta was born on Staten Island in 1930s, and grew up in a house where the living
room “was off-limits so that the vacuum tracks might not get disturbed.” Buatta became the master of a style that captured the look and feel of the English country house.

2 thoughts on “Sotheby’s Auction of the Mario Buatta Estate”