The Washington branch of Del Frisco’s Double Eagle Steakhouse is in CityCenterDC, a couple of blocks from Gallery Place. CityCenterDC, a $950,000,000 pedestrianized complex of condominiums, apartments, upscale retail, and office buildings, is another one of those mixed-use areas that have blossomed in DC since the turn of the century.

The city really does seem to get prettier and more livable every day. 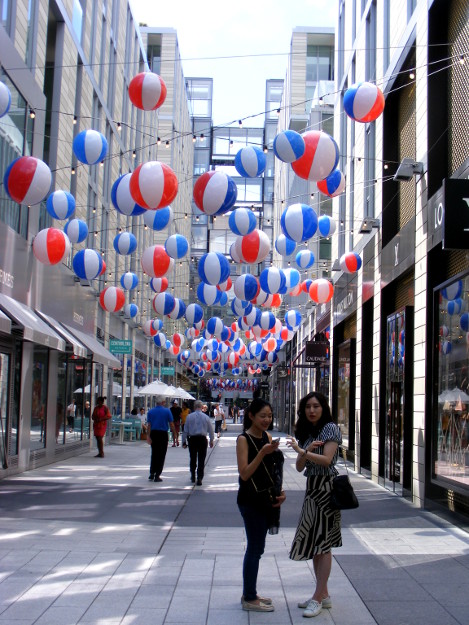 Del Frisco’s offers a contemporary take on the classic American steakhouse. The menu looked good, so I made this my first stop during the official part of 2018 Summer Restaurant Week.

With that “classic American steakhouse” description in mind, my choices for each course reflected the steakhouse tradition, and there’s no starter more traditional than Lobster Bisque, a marriage of poached lobster, crème fraîche, and a dash of sherry. 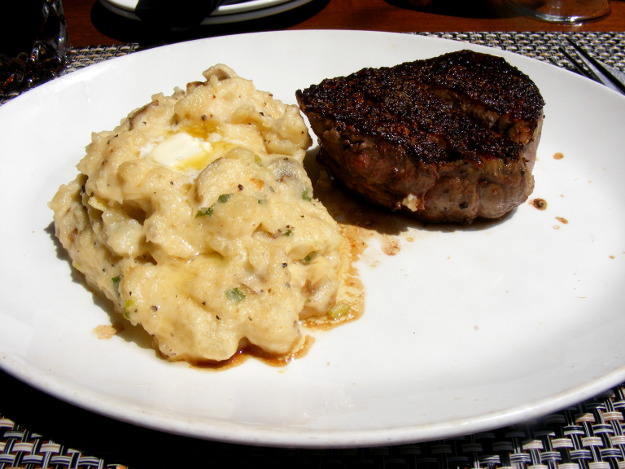 Filet Mignon, of course. Chef delivered it herself, and invited me to cut into the steak to make sure it was cooked the way I wanted it—medium rare. It was perfect. The side was a  rich and generous serving of Château Mashed Potatoes, a Del Frisco’s specialty.

Again, what else? A steakhouse dessert had to be cheesecake. This version, with strawberry sauce and a pecan crust, was lighter than I expected it to be.

This was an excellent way to start the week.

After lunch, I resisted the strong urge to head right home and take a long nap. Instead, I walked over to the National Portrait Gallery to check out the new portrait of President Obama.

It’s a good portrait, but it made me a little sad.

Maybe someday we’ll once again have a President as decent, thoughtful, honest, intelligent, and sane as Mr. Obama.