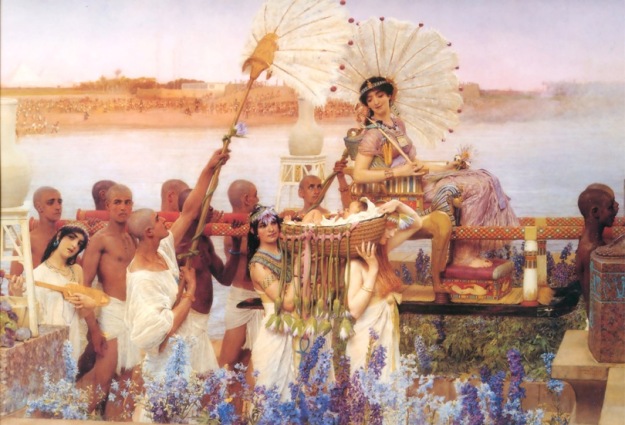 “The Finding of Moses” by Sir Lawrence Alma-Tadema

Last Sunday’s “Victoriana of the Week” mentioned this painting by Sir Lawrence Alma-Tadema.

“The Finding of Moses,” which sold for £265 in 1942, failed to find a buyer when it was offered at £250 eighteen years later, when Victorian art was out of fashion.

Things changed later in the 1960s, after critics and collectors found a new appreciation for the Victorian painters.   When the painting that had failed to sell in 1960 came up for auction at Christies in 1995, it sold for £1,750,000.  Fifteen years later, it sold again.